Ruger is a publicly traded American gun manufacturing company with many rifle, pistol and revolver SKUs. Since the 1950s, Rugger has been making single-action revolvers. They have a whole line going, including the Wrangler single action 22, which we’ll be looking into in this review. You’re going to learn about or more about the Wrangler 22’s design, ammo, and other aspects that are worth talking about.

But before that, let’s see why anyone would still be talking about revolvers in this day and age.

You might ask why should someone talk about a revolver, not to consider buying it since we now have modern semi-automatic pistols with unmatched performance.

Though the first single-action revolvers made date back to the 1800s and seem a little bit antique, keep in mind that there are still modern calibers of these guns and they have their place this age too.

The practicality of revolvers makes them far from being antiques. They are, for example, good for hunting and target shooting. It’s no wonder they can be found in many modern hand gunners' arsenals. With revolvers’ use highlighted, let’s proceed with the Ruger Wrangler 22 review.

Ruger really did a good job in terms of design especially as they made the gun to budget. $300 retail price is not bad for a single action revolver of its “caliber.”

Digging a little deep into the design and pricing, there’s something worth mentioning. Though they often look simple in design, revolver pistols are generally expensive to produce compared to semi-automatic firearms.

They are pricier than semi-automatic rifles because revolvers require substantial engineering to get the design right and fine manufacturing tolerances for proper functioning. Revolvers are also produced from expensive elements such as steel, aluminum, titanium, and scandium.

With that said, one thing about the Ruger Wrangler design that makes the handgun affordable yet useful is the wise choice of materials. For example, the Wrangler 22 features cerakote finish which is less expensive to make than the deep cold bluing finish found on the RUGER Single-Six, assuming you’re familiar with that 1961 revolver. Plus the cerakote coating prevents the gun from moisture and corrosion.

Another thing that made this Ruger option modern and cheap is the finish on the receiver. It has an aluminum cast alloy receiver which costs less to produce. Talking about the cylinder, it’s non-fluted, making it cheaper to produce too than the 1961 Single-Six that has a fluted cylinder design. Both the cylinder and barrel of the Wrangler 22 are steel, with the barrel being cold hammer-forged steel.

Unlike the Single-Six that does require you to pull the hammer back twice to spin the cylinder and doesn’t spin the other direction, the Wrangler 22 “fully cocks” and rotates to both sides. The latter feature is a plus considering you can quickly spin anticlockwise or counterclockwise to get to a loaded chamber.

While the trigger is thin in the Single-Six edition, the Wrangler 22 edition has a thicker trigger.

You can use this Ruger single-action revolver to shoot almost anything, including snake shot cartridge and .22 caliber (5.6 mm) rimfire ammunition. The handgun will not make a great option for a self or home defense firearm, but you can take it with you for spotlighting or backpacking where and when appropriate.

If you’re looking for something more reliable and that qualifies as a defense weapon, you may want to check out the Ruger 57, which is a semi-automatic pistol. Just like most revolvers, the Ruger Wrangler is a 6 shooter, meaning its cylinder is chambered for 6 rounds.

Weight and Size, Grip, and Barrel

The Ruger Wrangler measures 1.142 pounds and 10.25 inches in length. Its handgrip is lightweight and features a zinc alloy finish. Overall, the grip is nice and comfortable to deal with so to speak.

With a low-felt recoil and low muzzle blast, it’s just a lot of fun to shoot with the Ruger Wrangler.

This revolver isn’t picky. It will shoot pretty much anything you put in it.  The Winchester Super-X 22 LR is great ammo for the Ruger Wrangler. You can shop all the best 22 LR ammo here. 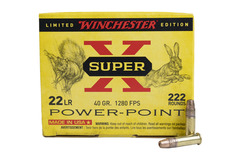 At less than $300 at a local gun shop, the Ruger Wrangler is a lot cheaper than the Single-Six which has a cost range of $700 to $800. For backpacking and those that would be going for hunting, the Wrangler is something to have in the arsenal, though it’s not advisable to make it a primary firearm or depend on it.

Did you own a Ruger Wrangler single-action revolver? If yes, let us know what you feel about the revolver’s design and performance in the comments.

First Focal Plane vs. Second Focal Plane: What You Need to Know Before You Buy
01/11/23