Home > Blog > Don’t Wake the Bear: How to Pick a California Legal Firearm.

Don’t Wake the Bear: How to Pick a California Legal Firearm.

Don’t Wake the Bear: How to Pick a California Legal Firearm.

Ah, California. Great weather, beautiful scenery, and the strictest gun laws in the country. They’re confusing, extremely strict, and usually don't make a lot of sense. In fact, by far the most common reason we see guns get sent back to us is California non-compliance, and it's almost always from our buyers making a simple mistake.

Handguns are the easier firearms for California, although they’re much more limited. One of our most commonly seen mistakes is buyers assuming that, because the pistol they ordered has a less than 10 round capacity, the gun is good to go. However, that’s not the only thing the pistol needs. In fact, all handguns legal to be imported to California have to be on the California Handgun Roster. The Handgun Roster is a list of handguns that the California DOJ has done their safety testing on. While almost all handguns sold today would pass these tests, manufacturers must pay to put their handgun on the roster, which some are unwilling to do. 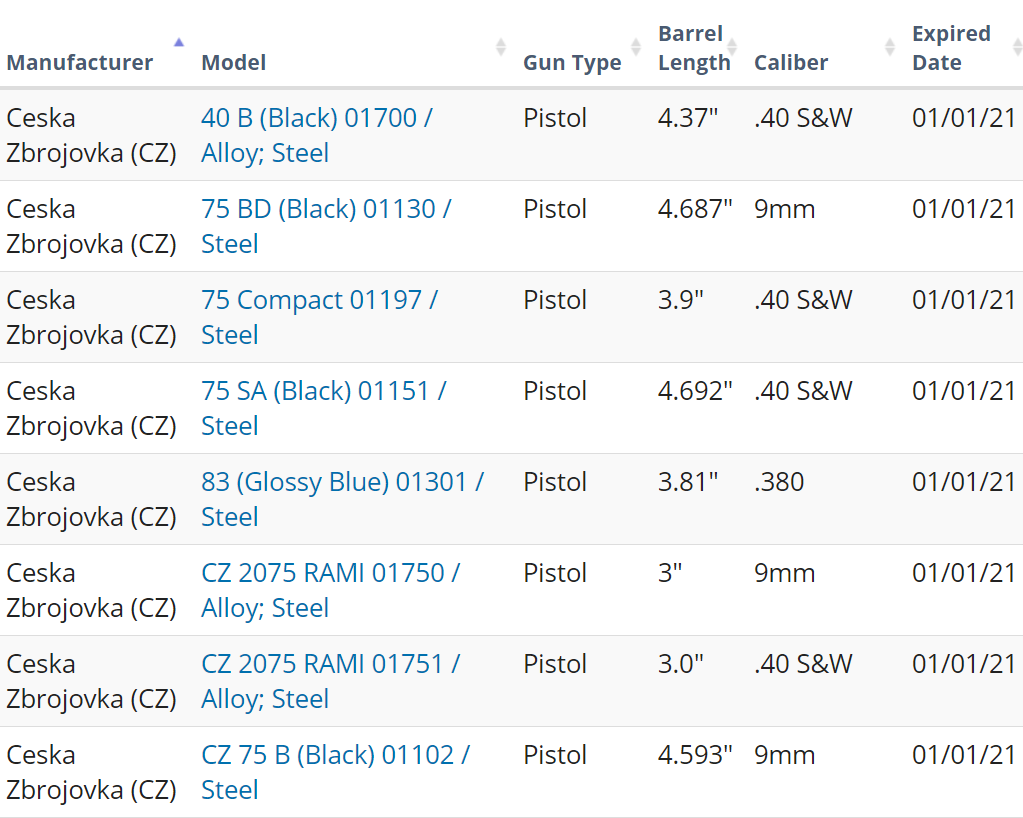 (This is an example of the roster listings for CZ. The list is sortable by manufacturers, caliber, and model number)

The Roster is fairly easy to search in. For example, if a gun has caught your eye, you can search its model number on the list to see if it's legal. However, it is very strict, so even if a similar gun to the one you want  is on the list that does not mean that the gun you want is.

Rifles and Shotguns are a little different. There’s not a roster of approved models, so any gun that meets the qualifications of California law is able to be imported. However, there are certain features that firearms have to meet. Most importantly, magazines need to be limited to ten rounds, either with physically small magazines or with pinned magazines. Outside of that, generally speaking rifles need to either avoid some “features,” like threaded barrels or collapsing stocks, or “featureless” by not having a pistol grip.

(This FN CA is a great example of a “featureless” rifle, and so is the Keltec RDB-C used for this article's header image.)